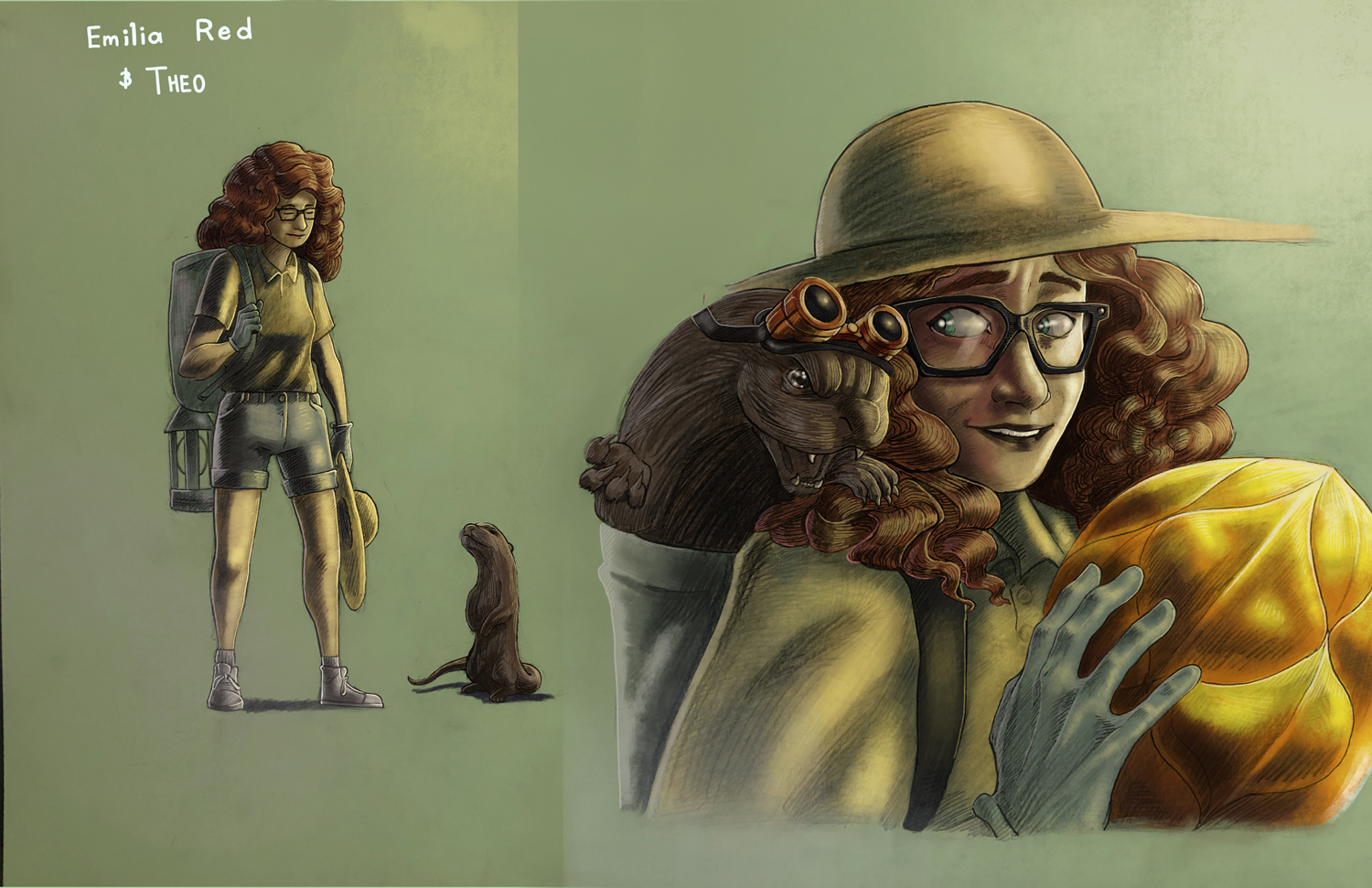 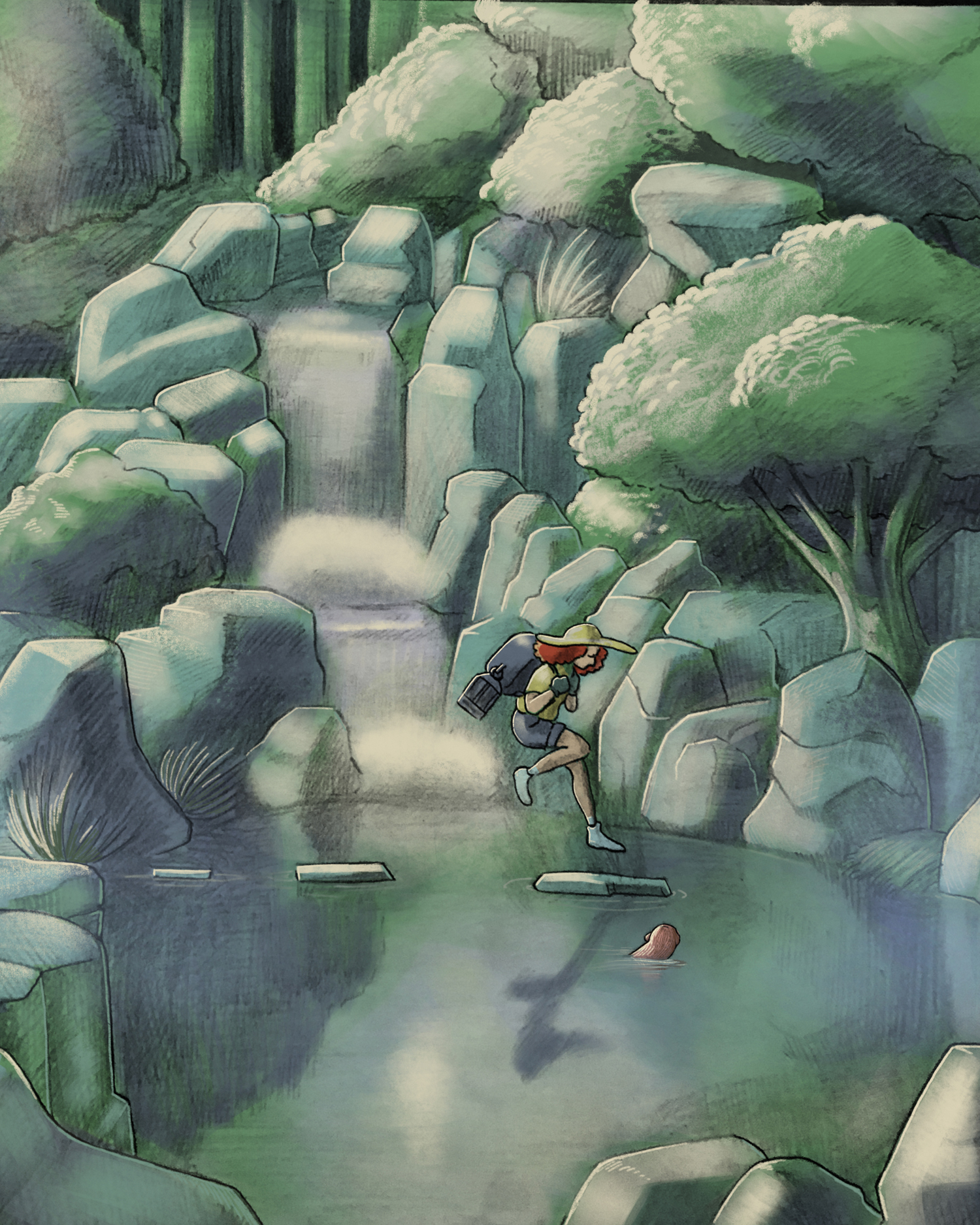 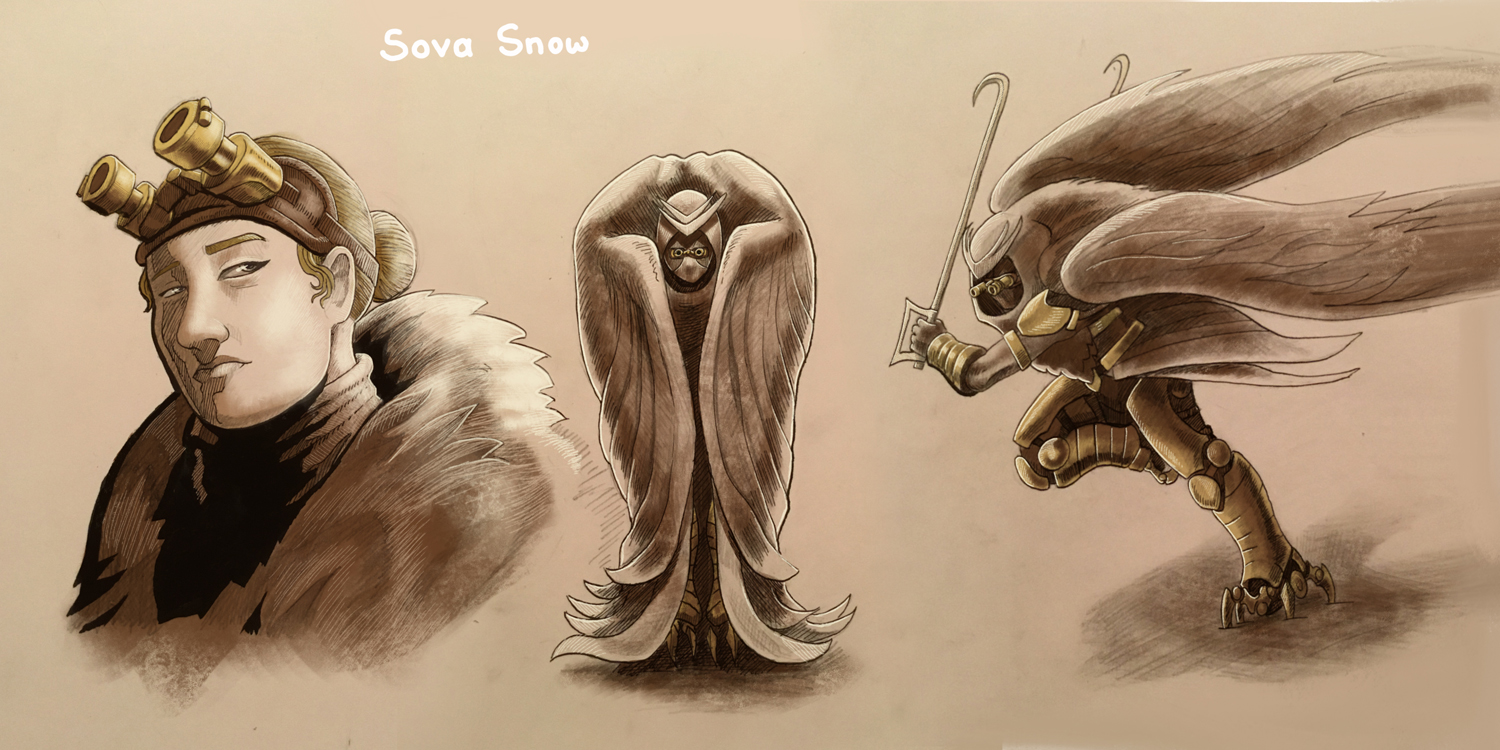 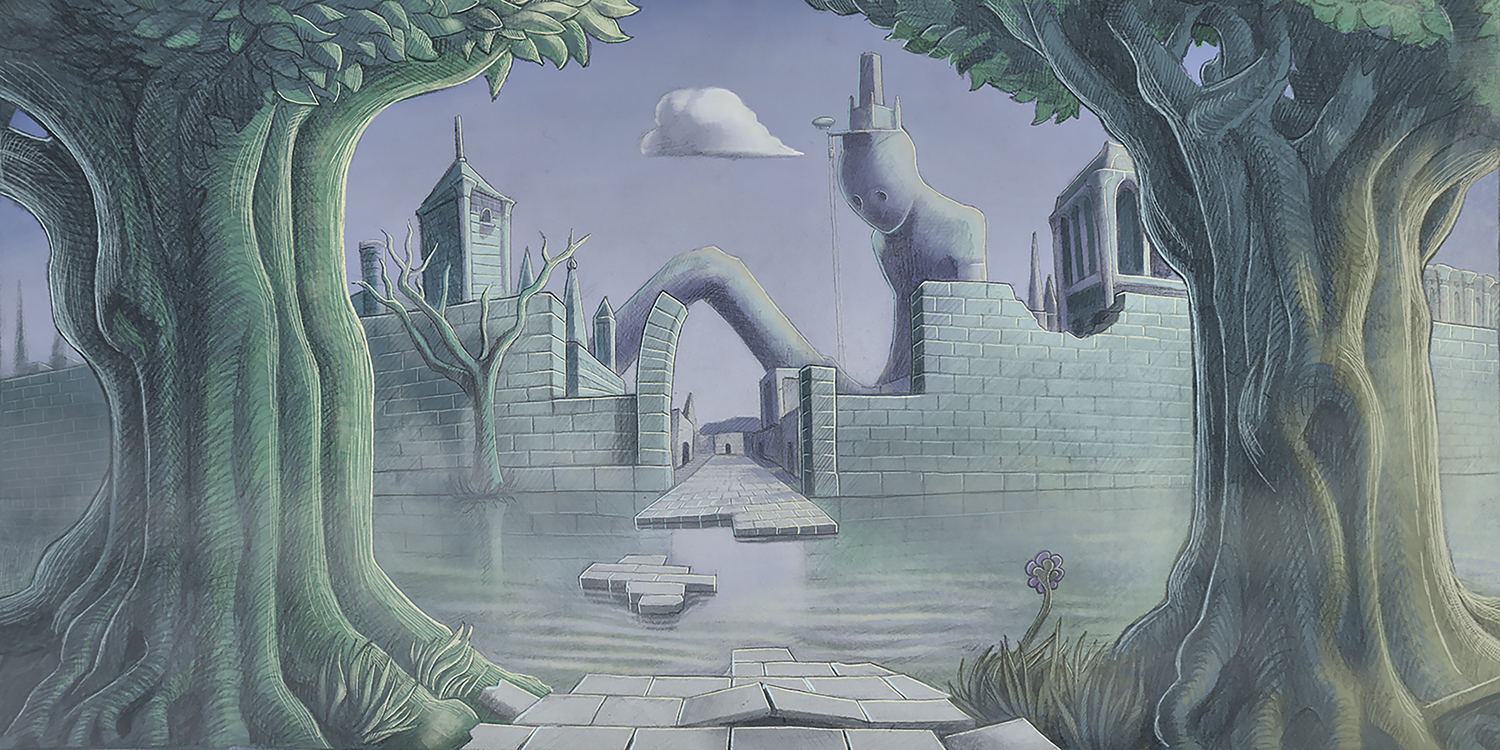 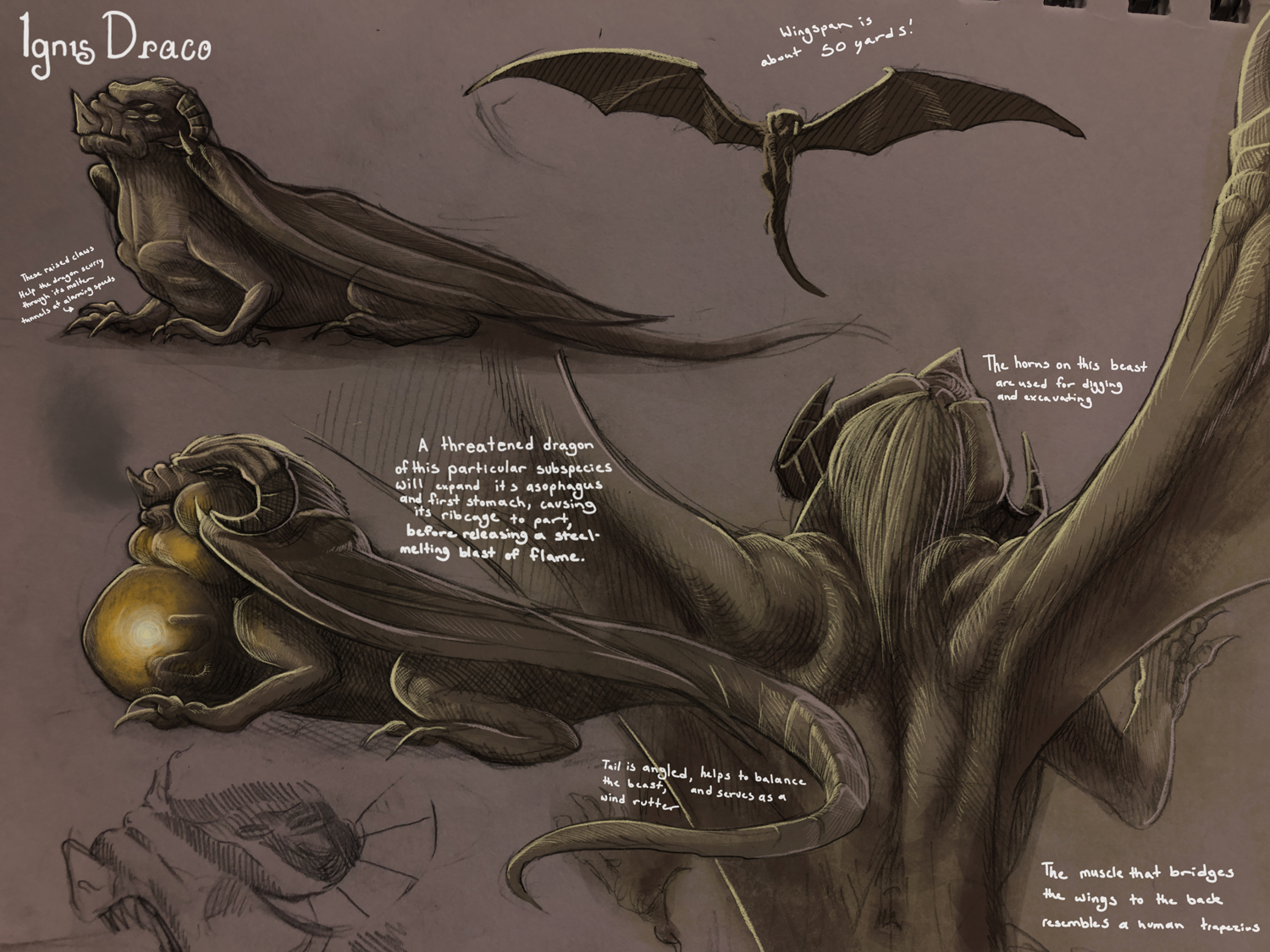 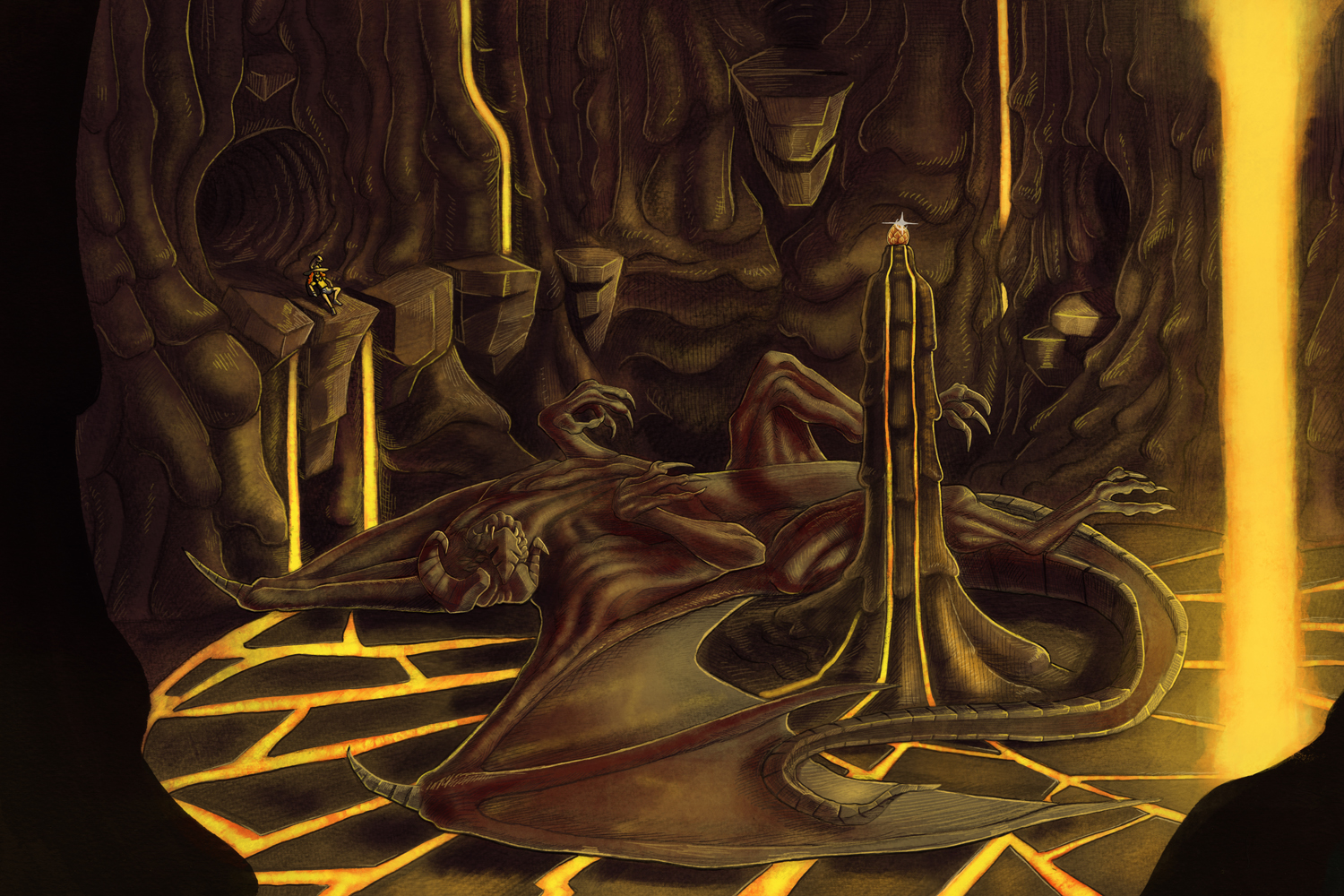 This project was intended to work as an expansion to my independent study, which is a graphic novel called Emilia Red. The story follows the two main characters, Emilia and Theo, on their various misadventures. After being hired to steal an egg from a dragon, Emilia and Theo realize the error of their ways and decide not to deliver on their end of the bargain. This results in a reward for their capture, and for the rest of their comic they find themselves on the run from a mysterious bounty hunter known as Sova Snow. I created three character sheets and three large environmental pieces that correspond with my story. These pieces, in order of first to last, are Emilia and Theo, Thieves on the Run, Sova Snow, Cobbleton: City of the Fallen Golem, Great Dragon Mother, and Dragon’s Den